For 30 years I made professional excellence the focus of my public service career.

When I embarked on a second career in animal services after a quarter of a century in parks management, I was caught off guard by the disagreement and dissension around what success and excellence should look like in animal sheltering and animal control. I was also caught off guard by the fact that animal shelters are the most dangerous place for a pet in our nation and account for the majority of pet deaths.

The disagreement and dissension exists primarily around ending pets lives prematurely and what language to use. There are some that believe pets who are temporarily homeless are flawed and it is the animal shelter’s job to end the pet’s life prematurely and call it euthanasia. 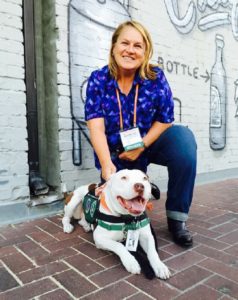 To kill a healthy, treatable and rehabilitatable pet and call it euthanasia made no sense to me. In my opinion, it is dishonest and inhumane to kill a pet and call it euthanasia and much worse to defend the continuation of those practices. Webster’s dictionary says that euthanasia is: the act or practice of killing or permitting the death of hopelessly sick or injured individuals (such as persons or domestic animals) in a relatively painless way for reasons of mercy.

Accuracy of language is important. There are still approximately 900,000 pets a year or 2,466 a day losing their lives in animal shelters.

To be clear, the disagreement and dissension is between some animal welfare organizations both large and small. The public and community expects shelters to save pet’s lives and are unaware that there is any disagreement on the definition of euthanasia, and they expect that all healthy, treatable and rehabilitatable pets are not killed.

I accepted a leadership position with the only national organization in our nation that is devoted to ending the killing of pets in animal shelters. Best Friends Animal Society is working with communities nationwide on lifesaving solutions, meeting them where they are and helping them change. We aren’t trying to end euthanasia, but we do have 2,466 reasons every day to not compromise on accuracy of language and keep pushing toward No Kill 2025.

6 thoughts on “No Kill By No Other Name”